hOW TO BE SUCCESSFUL WITH ANALYTICS

Hasn’t everyone these days already heard about how analytics has improved a business; making it more nimble, more efficient, more able to customize to consumer needs?  So, why are there still unsuccessful analytics projects?  In large part, analytics has definitely piqued most everyone’s interest. 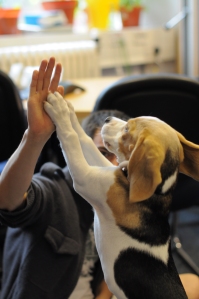 The majority of businesses want analytics as part of their decision making.  The problem that arises is that the nontechnical business decision maker doesn’t always have the vision — or the background — to dream up a role where analytics can participate… or gives analytics too large of a role.  The analysts at first will not fully understand the business needs or problems that the company is struggling with, and how to translate a model into a recommendation for that business decision.  In addition, the analysts may not know how to communicate the limitations of their analysis or struggles of their role.

As I look across my career in analytics, I start to see some trends between the projects I THOUGHT would be successful and the ones that actually were successful and it left me with some thoughts on what makes an analytics project successful.

Meet a strategic business need:  There are so many projects that envisioned that they would forever change the company.  The problem is, as an analyst,  we are rarely in control of those decisions.   The “build it and they will come” strategy has not traditionally worked well for me.   Instead, I get a project where I didn’t have funding for it and the business is disinterested in my really cool model.   I recommend instead finding a buyer BEFORE you build it.  Find someone who is energetic and interested in using analytics to help make their decisions, and make sure that what you’re building is something that could have an impact on THEIR success and is also in line with the company’s overall goals.  This is easy to say, but sometimes so hard to do…  especially when you’re the analyst, and you see a potential project that could be so cool, but the decision makers just aren’t yet open to allowing the change, or it isn’t in line with where the company is going.  Those are the projects you should bypass, and instead go after the (sometimes less sexy) ones that will get more investment in terms of resources and business attention.

Explain analytics in a nontechnical way:  If the analysis cannot be explained or you don’t have the capability on your team to help the business decision makers understand HOW your analysis can impact their decision, acceptance will be rare, and very difficult.  This is especially true as you get into more advanced modeling or more strategic (aka bigger $$ impact) decisions.  I’ve spent much of my career coming up with creative ways to explain advanced modeling to business people.  It can be a great deal of fun too.  For example, I’ve explained elasticity as the different between adding flour versus pepper to a soup.  One has a much bigger impact to the taste.   I still believe this is very important, but as analytics plays more of a life in everyday consumer lives, this is also easier.  I can always talk about the everyday analytics I’ve used myself – “It’s like when Netflix knows what movies you want…”  or “It’s like UPS estimating when your package will arrive.”

Demonstrate ROI:  The very last thing that a project must do is actually impact ROI.  I’ve had several projects that, while able to increase predictability of an outcome, were 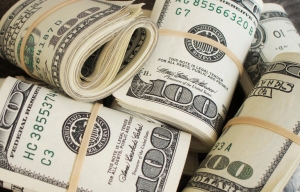 not able to do it with enough of an increase over the regular business decision making to warrant an investment in the model.  For example, I completed a project to attempt to identify customers who were likely to be detractors in terms of Net Promoter Score (NPS), with the idea that the team would reach out to them and attempt to correct their concerns proactively.  The model, while successful — able to slightly increase the attitude of likely detractors — did not provide enough of an additional gain versus looking at three main variables that the team was already using. So, the project was discontinued.  Being realistic about the actual impact of what your team’s modeling could accomplish will help you select the work that will have the greatest impact.

So how can you as an analyst become more successful?  Here’s a few thoughts…

Walk a mile in their shoes:  First way for an analyst to be successful at a company is to understand the decision well.  How is it made today?  Why has it been decided in certain ways in the past?  What does the business decision maker consider when 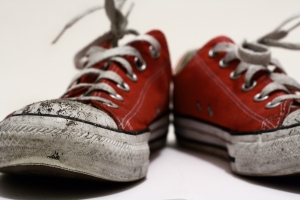 Run presentation past a nontechnical supporter:  Nothing will get someone without a background in analytics to roll their eyes as much as discussing p values or detailed modeling approaches.   You need to tailor your presentation for the skillset that your business decision maker has.  They want to trust you, and believe that you have done the right hold out value and made the best assumptions.  I’ve coached many team members to remove the two pages worth of assumptions from their deck.  Highlight one or two of the large ones if appropriate, but you aren’t meeting in your stats class now.  This is business and explaining what you’ve done and why you’ve done it in an easy to comprehend way is vastly more important.  How do I do this?  I think of trying to explain my presentation to my ten year old niece.  How would she respond to my explanation of what I’m doing?  Or perhaps to my mother… (assuming your mom isn’t a stats professor of course.)  Then if possible, I run my presentation past someone outside of analytics and get their feedback and see what questions they raise.  Often when you are dealing with the details day in and day out, one might not even realize that you are using jargon that others might not understand. Doesn’t everybody know what segmentation is? Actually, no.

Create proof points for your techniques:   Why should the business decision maker use your new model?  In the world of business, showing the strength of your model alone might not be enough.  Are other people in the company using a similar model to impact a different decision?  I used this approach explaining how a model around company investment used a very widely accepted marketing investment approach.  Are there other executives in the company that are already using models that you have built?  Your own reputation is a great way to help build trust in your model.  If one executive says to another – “I’m not sure how her team does it, but they doubled our impact with a model they built.”  that can greatly assist with your growth. Do they have trusted technical team members? Finding their trusted analytics person and meeting with them to explain the details of your analytics in great detail and convincing them to accept the approach can make the official business acceptance a mere formality.  Even better, you can incorporate their respected analytics person into the design process — they likely understand the business problems better than you and will make your first version even stronger.   If you don’t have any of those, but are using a modeling approach that has been used in the past in other industries to assist with a problem, and your approach is similar, highlighting that! Still too cutting edge in your approach or these proof points aren’t enough: Can it be tested on a small subset?  If so, what is the business decision maker risking? A dubious decision maker is much more likely to greenlight a limited test than a full-scale roll-out.

All in all – Analytics is a growing field and there are more than enough ideas of where to make improvements to the model.  It’s an exciting place to be and with a few small changes in prioritizing and implementation, you can be much more impactful as an analyst.

Perfect is the enemy of good

NPS (Net Promoter Score): You Manage What You Measure